Google Ventures and Balderton on board 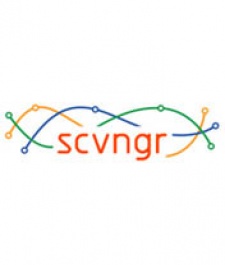 January 4th, 2011 - 02:46pm
By Keith Andrew
Over a year since its first $4 million strong funding round, location-based app SCVNGR has picked up a further $15 million from existing investors Google Ventures and Highland Capital Partners.

Adding to the ranks is European VC specialist Balderton Capital, with partner Barry Maloney set to join the company's board of directors as a result.

Maloney joins the location-based firm that has made serving up business-based challenges  tasking users with completing certain tasks in venues, rather than just checking-in while visiting them  its signature.

It's a set up that has enabled it to link up officially with companies over the course of 2010. TechCrunch also claims SCVNGR has been valued at more than $100 million as part of the investment.

"This partnership with Barry Maloney and Balderton Capital positions us perfectly to take the game layer mainstream in 2011," said SCVNGR CEO Seth Priebatsch, with European expansion  no doubt thanks to Balderton's influence  on the cards.

"Their operational and global experience is just what we need to accelerate the SCVNGR growth curve even further - that and some great new stuff we're rolling out over the coming months."