January 4th, 2011 - 09:02pm
By Jon Jordan, Contributing Editor
It's either a case of desperation or excitement when we start writing news stories about companies who announce press conferences.

But that's the deal with HP, which has sent out invitations that it's ignoring the CES bun fight and will, instead, be talking up its future webOS strategy in San Francisco on February 9.

The company has been fending off rumours after it spent $1.2 billion on Palm last year, with general confusion ever since about whether Palm and webOS will continue to be a smartphone brand or become a tablet brand, a platform for HP's printers, scanners and other PC accessories, or all of the same.

I guess we'll find out in a month or so. 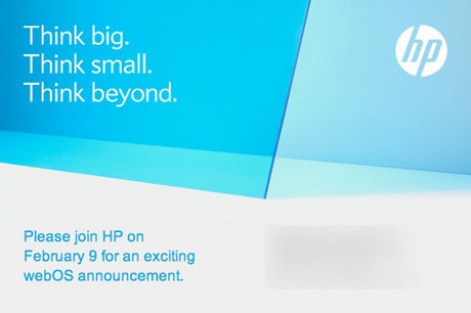