The art of mobile marketing 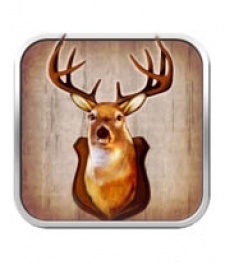 It seems that the freemium craze can be applied to any type of game. So while farming and general time management games have been the most popular, the business model can even be applied to hunting games.

That's the conclusion to take from the news that Deer Hunter Challenge - the latest game in Glu mobile take on Atari's franchise - has been downloaded more than 2 million times in its first 20 days on the App Store.

"With more than ten million [lifetime] downloads and counting, we are proud to work with Atari on making Deer Hunter the most authentic and best-selling hunting franchise on the App Store," said Glu Mobile's CCO Giancarlo Mori.

"This title is a unique, free-to-play game in its genre, offering incredibly detailed 3D environments and very realistic animations."

The series' appearance on mobile, which has three releases on iPhone in all, has boosted its presence on other formats according to Atari, but Deer Hunter Challenge's ability to reach out to a wider audience has proved particularly beneficial.

"The Deer Hunter franchise continues to be one of our strongest brands," added Atati's executive VP of online and mobile Thom Kozik.

"By offering Deer Hunter Challenge as a free-to-play mobile game we've seen continued growth and brand visibility with an all new audience of gamers."

It's Glu's second recent freemium hit. Gun Bros. has been downloaded over 2.8 million times, and has around 175,000 daily players.