That's what it takes to make App Store's top ten 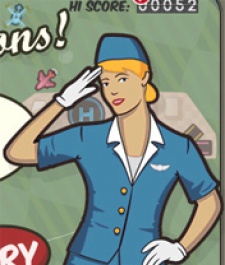 January 20th, 2011 - 05:02pm
By Keith Andrew
Had Flight Control not made Apple's all time iPhone top sellers list released earlier this week, Firemint might not have been quite so keen to lift the lid on just how many sales of the 99c game it's racked up to date.

However, as posted on the developer's blog, the magic number at time of writing was 3,881,634, with the game having sold more than 1.8 million copies since January 2010, when it passed the 2 million mark.

"Apple has released a list of the all-time top paid iPhone apps, and we're very excited to see Flight Control on the list in many countries around the world," the firm said on its site.

"In what's starting to become a bit of a tradition, we thought it would be interesting to share some more of our sales data."

A break down of said sales reveals Flight Control has enjoyed most success in the US, followed by Great Britain, then Australia, Germany and Canada. 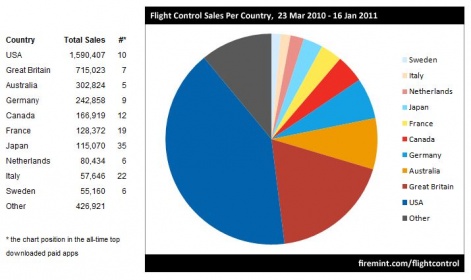 Aside from typical seasonal shifts, the game also received a major spike in sales following the launch of Game Center multiplayer, with downloads topping 100,000 in September 2010. 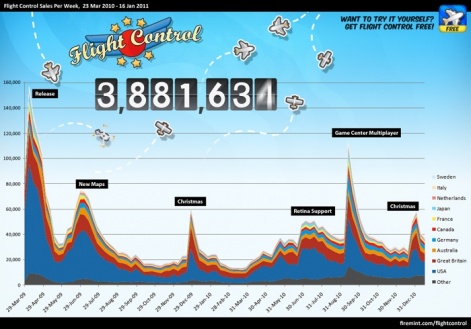 Firemint's Rob Murray: Joining EA can only lead to us producing better games