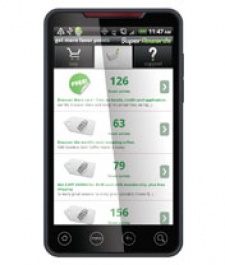 January 25th, 2011 - 03:46pm
By Jon Jordan, Contributing Editor
The current explosion in mobile games is in freemium, and the current exploding platform is Android.

Hence Adknowledge's announcement of its Super Rewards Android SDK, providing a monetisation, discovery, distribution and advertising platform for freemium Android games should be pushing at an open door.

The company says the SDK provides developers and publishers with the ability to maximise their earnings per user, gives gamers multiple ways to acquire virtual currency, and provides advertisers with new channels to reach their target market.

We have seen the success of Free2Play in games on social networks, as well as on standalone games. The next frontier is mobile," said Chris Smutny, general manager of Adknowledge's game division.

"Over the last three years, Adknowledge has helped thousands of publishers to develop, grow and monetise their F2P games. We are uniquely positioned to do the same with mobile game developers."

Adknowledge is used by web gaming companies such as Sony Online, Bigpoint, Gaia Online and Nexon.

The Android mobile SDK works on the most popular Android devices running OS 1.6+. It uses the same optimisation algorithms as the company's web-based platform, as well as the same reporting and analysis tools, so you can use a single login across all of your mobile and web-based games.

Adknowledge claims publishers can download and integrate the SDK within a matter of minutes, while its game analysts can provide advice to tweak game dynamics in order to maximise user engagement and earnings, while improving the user experience.

As well as Android, Adknowledge plans to launch products for other mobile platforms during 2011.

You can find out more details about the Android SDK here.

7 steps to crushing your next app campaign