Games sold in both physical and digital form 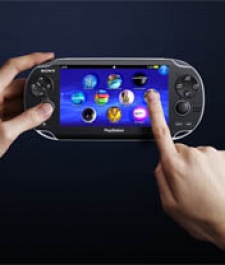 January 27th, 2011 - 10:58am
By Keith Andrew
It's especially unlikely that its current moniker will stand when it eventually hits the shelves, but Sony's official unveiling of its PSP successor  NGP, or Next Generation Portable to its friends  seemed almost exclusively designed to smash up any preconceptions.

Speculation about PSP2, as it's been more commonly known, has been rife for several years now, making even a change of name seem revolutionary to tired eyes used to scanning gaming blogs for rumours or gossip.

What makes NGP a genuine step forward for Sony, however, is its feature set.

As well as what can only be described as an impressively sleek design (5-inch OLED screen, two analogue sticks, front and rear touch pads and an electronic compass all on board), NGP comes with both GPS and 3G connectivity.

The screen itself also takes centre stage, acting as a high quality touchscreen that, combined with the rear-facing touch pad, can be utilised to implement tactile control in games.

"While we here at PlayStation are thrilled to bring this cutting-edge technology to your fingertips, we all know that content is critical to the success for all of our platforms," said SCEA CEO Jack Tretton on the US PlayStation Blog.

"We are working with our extensive network of third party developers and publishers as well as SCE Worldwide Studios to create experiences unlike anything else on the market."

Despite touting NGP as a bastion for all things new, the franchises announced for the platform all have a familiar ring to them.

Series already signed up include Uncharted, Killzone, LittleBigPlanet and WipEout from Sony, as well as Call of Duty, Monster Hunter and Metal Gear Solid from its publishing partners.

Said games will be sold both in physical form and via PSN, Sony has confirmed, with NGP accepting flash media cards that can be used to store software titles as well as additional content.

"We have learnt a great deal from our previous experiences and as such will be distributing games both at retail and via the PlayStation Network," SCEE CEO Andrew House added on the EU PlayStation Blog.

"For the first time on a PlayStation platform, we will be offering a choice of connectivity options  including 3G network support, providing a completely connected experience, fully integrated with PlayStation Network, allowing you to enjoy true social gaming, entertainment on demand and anytime, anywhere communication with your PSN Friends."