It's two years old and cost ten bucks but World of Goo still did 125,000 iPad sales in its launch month 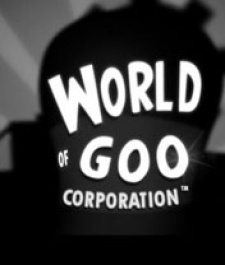 February 8th, 2011 - 10:32pm
By Jon Jordan, Contributing Editor
Everyone agrees World of Goo is a great game but the previously PC and Wii-available indie title was two years old by the time it made it onto the App Store for iPad.

Indeed, it's been 18 months since creator 2D Boy had first attempted to get the game developed for iPhone.

Still, eventually released, the $9.99 (at launch) title has done 125,000 sales in its first month, 2D Boy blogs; selling faster than on those other platforms.

Which leads 2D Boy ponder whether indie developers would be better off playing the App Store lottery than other platforms.

Or to quote fully and in context:

"What makes this even more amazing is that this is a two year old game released on a platform that is less than a year old. The iPad doesn't have the benefit of an install base built up over several years.

"In the short term, we still think that if an independent developer can get their game on a console it's a safer bet than playing the App Store lottery, but one might wonder whether, in the long run, it even matters who wins the PSN / WiiWare / XBLA race."

The blog post also has some nice analysis of sales numbers in relation to App Store chart position, covers the issue of price erosion - in the context that 2D Boy has made more money since cutting World of Goo's price from $9.99 to $4.99 - and the experience that "the average iPhone/iPad gamer is more interested in pleasantly passing time than being intellectually engaged or challenged."

It's worth your time to check out the full post here.