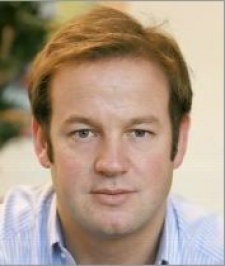 February 21st, 2011 - 03:33pm
By Keith Andrew
Those who currently praise the mobile games industry for offering smaller, independent studios at route to market should heed Gameloft's warning: it's not going to last.

Speaking to Pocket Gamer during Mobile World Congress, VP of worldwide publishing Gonzague de Vallois painted a picture of a market that's already in a state of flux, with development costs set to rise just as retail prices seem to be heading towards the floor.

It's a conflict de Vallois believes Apple has to take some responsibility for.

Making reference to EA's recent Christmas sale  which caused controversy at the end of 2010, thanks to Apple's official endorsement  de Vallois said publishers have a responsibility to keep the price of their apps up for the longterm health of the App Store.

"We weren't that happy with the Christmas promotion because it was backed by Apple and they highlighted it on their store worldwide," said de Vallois.

"One of their roles is to highlight premium content and to help publishers make money out of the platform. It's a long-term market, and we have to be careful that we don't get people used to the 59p price range. That's why we didn't move at Christmas when EA did. We could have."

Rather than simply cut its price, de Vallois said Gameloft is instead experimenting with its pricing models.

The launch of the publisher's try-before-you-buy Sacred Odyssey  which was offered as a free release, with the game playable for 15 minutes before being locked off behind an in-app purchase  is, in fact, just the first of many games set to play with the rules in the near future.

"It's early days, but it's been pretty interesting," de Vallois said of Sacred Odyssey, which failed to reach the top 10 in the App Store on either side of the Atlantic.

"We try new models. There are new opportuities emerging with iOS to try, and you can expect more of these trials from us. You will see freemium, free to play, in-app purchase - you will see the types of new models coming to our games this year."

However, all of this is set to play out in front of a backdrop of rising development costs.

Though de Vallois was unwilling to put an exact figure on the trend, he did acknowledge that the era of small teams working on relatively cheap titles is  for Gameloft, at least  coming to an end.

"There is already immense pressure on the prices but there is room for premium games at a premium price on the iPhone," he added.

"Thats what we need to keep going because the new generation of games we will be launching are seven-figure titles. It's not profitable to sell these games at 99c. We have a bit of time before we match the power of the PS3, but yes, the cost will grow. Will it reach 30, 40 million like Black Ops? Not tomorrow, but maybe one day.

"There will be some challenges - battery life for instance. But yes, there will be more power and therefore require more investment."

Gameloft for brands teams up with LWE to host live music festival in Asphalt 9: Legends