Tiny Chef start up TinyCo cooks up $18 million funding round 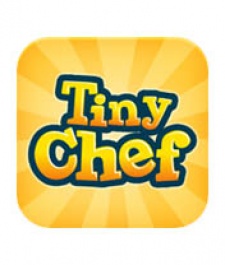 February 25th, 2011 - 05:27pm
By Keith Andrew
With a string of successes already under its belt, social gaming start up TinyCo has secured $18 million in a fresh round of funding.

The studio, best known for Tiny Chef and Tap Resort Party on iPhone, claims the money will be used to transform the company into the most successful social gaming studio in the world  a particularly ambitious goal, considering the wealth of competition.

The round was lead by Andreessen Horowitz  a previous investor in the likes of Foursquare and payments specialists Boku  with Marc Andreessen himself taking a place on the TinyCo's board of directors as a result.

Individual angel investors including Ron Conway and Keith Raboisalso are also said to have participated.

"With the backing of these Silicon Valley legends, we're intent on building TinyCo into a mobile gaming force," the company said in a statement.

"What will we do with the money? Grow our team, grow our portfolio of games, and make them all more riveting to come back to again and again."

Andreessen Horowitz's investment follows a series of cash injections and buyouts in the mobile social business.

Digital Chocolate closed a $12 million investment round lead by Intel Capital earlier this week, while rivals PocketGems secured $5 million from Sequoia Capital at the end of 2010.

All such investments arguably pale in comparison to that $147 million FarmVille developer Zynga reportedly closed in June, however.

DeNA's $403 million purchase of ngmoco in October is also of note, with the two parties  equipped with the Japanese firm's Mobage Town platform  creating something approaching a social gaming powerhouse.