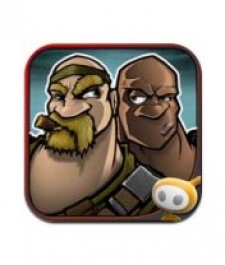 March 4th, 2011 - 11:45am
By Keith Andrew
Any publisher that puts the freemium model at the heart of its business needs to ensure their titles have the tools to drive enough revenue to make it worth their while.

Glu's free-to-play push  which, according to CEO Niccolo De Masi, resulted in the firm becoming a greater freemium force than both EA and Gameloft back in January  began with the launch of Gun Bros last autumn.

If the firm's latest stats are anything to go by, things are going rather well.

Gunning down the downloads

Total downloads now sit at 6.8 million across iPhone, iPad and Android (5.5 million on iOS downloads and 1.3 million on Android)  up from 2.8 million back in December  and the game managed to generate $610,000 in non-GAAP revenue in its first two months.

The secret of Gun Bros' recent success, according to Glu, is its employment of Tapjoy's monetisation tools.

"Tapjoy is an ideal partner to help us both monetise and distribute our games because they truly understand what it takes to build a successful freemium business on mobile platforms."

Ad happyThe publisher claims the employment of Tapjoy's alternative payment platform  which allows players to earn virtual currency for free in exchange for taking part in advertising offers or downloading other apps - is what resulted in Gun Bros' healthy monetisation rates.

"We feel that offers deliver a much better user experience than other forms of advertising because they put users in a completely different mindset," added Breslin.

"Consumers are trained to tune out ads that are intrusive and interrupt game play, but [Tapjoy's] offers are a much 'softer' sell and they allow users to get something of real value in return for their loyalty to the game."

A full case study looking at Glu's partnership with Tapjoy can be found on Tapjoy's website.