61% of Android owners running 2.2 version of the OS 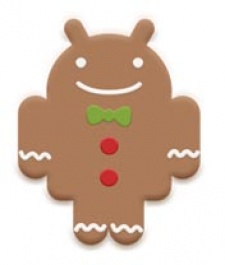 March 18th, 2011 - 01:13pm
By Keith Andrew
When Apple releases a new version of iOS, millions take to iTunes to update their devices.

When Google updates Android, debates start as to just how many handsets the latest version will actually manage to filter down to.

It's a testament to the open nature of Google's business that, despite the inevitable criticism that's laid at its door as a result, the firm has always been open about the number of users running each version of the firmware.

The latest stats  calculated from users accessing Android Market from a 14 day period preceding March 15  suggests the latest Gingerbread release is having trouble making its way onto the majority of handsets, with 1.7 percent of the devices surveyed running Android 2.3.

Instead, its predecessor continues to expand its base.

Froyo has upped its share of handsets from just under 52 percent in January to over 61 percent.

Given Froyo officially launched back in May, however, there remains what some consider a crippling delay to each version's roll out.

It's now three months since its follow-up launched with Google's Nexus S device.

In similarly fashion, it's making especially slow progress rolling out to other handsets, with the suggestion being operators and platform holders would rather users buy new phones, rather than refresh those they already own.

The ascent of Honeycomb  the latest version of Android designed exclusively for tablets  is likely to be rather more rapid, given the majority of new tablets (bar HTC's Gingerbread-powered tablet Flyer) released in 2011 are set to run version 3.0.