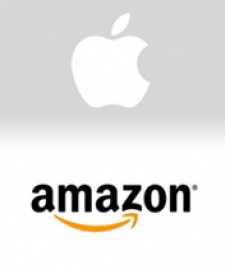 March 22nd, 2011 - 03:04am
By Keith Andrew
Given Amazon's moniker for its forthcoming Android marketplace  Amazon Appstore  has been known for some time now, news that Apple is only now suing the online retail giant just as the platform prepares to make its debut doesn't look good.

It's Apple's assertion, however, that repeated attempts to contact Amazon in reference to what it believes it a breach of its 'App Store' trademark were, to all intents and purposes, ignored.

As a result, Bloomberg reports that Apple believes it's been forced into taking such action, filing a complaint with a Californian court that seeks to both block Amazon's use of the phrase, and reimburse Apple for damages.

"Amazon has unlawfully used the App Store mark to solicit software developers throughout the United States."

It's Apple's belief that Amazon's Appstore will "confuse and mislead customers", though the strength of its argument rests on the same principle as the firm's continuing claim on the name with the US Patent and Trademark Office (USPTO).

For months now, Apple has made filings with the USPTO claiming that the term 'App Store' is universally understood to refer to the firm's various app marketplaces with consumers.

Such assertions have been rebuffed by rival Microsoft, however, which has told the USPTO that it believes 'App Store' is far too generic to be reserved for one company alone, despite it's own Windows Phone Marketplace successfully avoiding using the name.