Users encouraged to upload their library for free 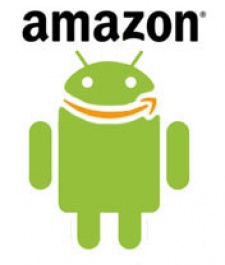 March 29th, 2011 - 12:07pm
By Keith Andrew
It's a different offshoot to its recently launched Appstore, but the roll out of an Android cloud-based music service - plus PC and Mac - from Amazon suggests the online retailer is keen to take a lead on Google's platform.

The new service, which includes Cloud Drive, Cloud Player and Cloud Player for Android, allows users to upload both MP3 and AAC music files to what is initially 5GB of cloud-based storage space

Any MP3 album purchased from Amazon results in the space being upgraded to 20GB, with every track bought automatically added to the service for free without counting against the allotted storage quota.

"The launch of Cloud Drive, Cloud Player for Web and Cloud Player for Android eliminates the need for constant software updates as well as the use of thumb drives and cables to move and manage music," said Bill Carr VP of movies and music at Amazon.

"Our customers have told us they don't want to download music to their work computers or phones because they find it hard to move music around to different devices.

"Now, whether at work, home, or on the go, customers can buy music from Amazon MP3, store it in the cloud and play it anywhere."

Already available in the US, users can add 20GB of storage space to their account for an additional $20 a year, with the Android component running as part of Amazon's pre-existing MP3 app on the platform.

However, it's the fact that the music platform includes Android alongside PC and Mac that's generating the most interest.

Combined with the Amazon Appstore, it suggests the firm sees Android as a space where it can provide leadership, becoming the first choice for consumers looking to buy any form of media on the platform.