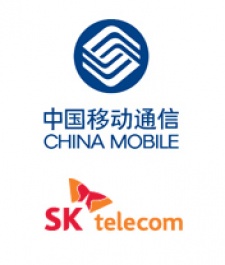 April 4th, 2011 - 11:45am
By Keith Andrew
Citing their collective role in the apps market, China Mobile and Korean outfit SK Telecom have announced a deal that will see the two parties jointly focus their research and development activities and app stores.

Accounting for more than 600 million subscribers across Asia, they claim by pooling their resources, they'll be able to push next-gen networks, device platforms and machine to machine services forward.

In addition to this deal, the companies are sharing R&D resources. This agreement looks to advance both China Mobile and SK Telecom's next-gen radio access network architecture and upgrade their platforms to deliver a better development environment for studios working on apps.

The two companies have come together previously to work on the development of LTE technology, though this latest deal also looks to expand SK Telecom's presence in China Mobile's home market.

The firm had previously held a 3.8 percent stake in China Mobile rival China Unicom, which it sold in September 2009.