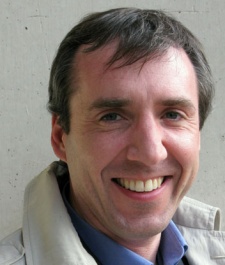 April 4th, 2011 - 07:49pm
By Keith Andrew
Previously criticised for letting its competitors get ahead of the game, Google is now being slated for keeping its new in-app billing system exclusive to Android Market.

The system allows purchases to be built directly into apps, enabling developers to sell virtual goods, currency or extra levels from within the title.

But though some have praised Google for improving the Android Market, Patrick Mork of rival marketplace GetJar believes the company has made the wrong choice in limiting its IAP model to apps sold on its own store.

"In-app billing on Android is a big move that's sure to have very positive impact on developers' ability to monetise Android content," Mork says in a blog post on GetJar's website.

"What's less good is the news that developers won't be able to use this outside Market. Why? Because Market has not proven itself to provide the best Android retail experience. There are things Google should be strict about and things they shouldn't."

Mork claims Google should be putting the health of the platform ahead of its own app store.

"The reality is that if developers are going to be successful they are most likely going to use multiple distribution channels to reach consumers," he said.

"The ideal thing would be to allow developers to leverage Google's in-app billing offering regardless of where they distribute. This will save developers the hassle of having to have multiple versions of their .apks to distribute and make it easier for them to do what they do best: develop great apps."

Mork's comments, of course, come dressed with a certain amount of self interest.

Many developers have previously chosen to ignore Android Market altogether, distributing their wares via GetJar or  more recently  Amazon Appstore.

By adding in-app billing options, Google has turned Android Market into a one-stop shop for developers. Third party options for IAPs on Android already exist, though it would appear some studios already favour the model being offered within Android Market.