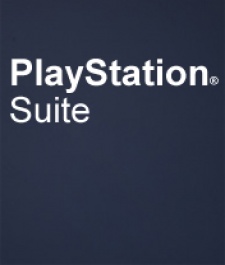 April 5th, 2011 - 01:23am
By Keith Andrew
Sources across the Atlantic  most notably Engadget  have been talking up the possibility of a Sony manufactured, 'PlayStation Certified' Android tablet since February.

Dubbed the S1, the device was reportedly in the hands of Sony's VAIO team, with the company loooking to link it up to the firm's media streaming service Qriocity, as well as PlayStation Suite.

The device might not yet have been unveiled, but its existence seems all the more likely following an admission by Sony CEO Sir Howard Stringer that the firm is indeed working on an Android powered tablet, due for release in this summer.

Stringer might not have named S1 outright, but he did tell the Nikkei newspaper that the tablet would launch first in the US.

Equipped with Nvidia's Tegra 2, Engadget claims the S1 will feature a 'wrap around' design  akin to, in the site's words, a "magazine folded backwards on itself" - and will come with a 9.4-inch display.

It's previously been reported that S1 will also boast a capacitive touch 1280 x 800 resolution screen and both rear and front facing panels.

Further speculation cites the possibility of two further Sony tablets hitting the shelves in 2011, however.

The first is described as a 'slider' device running Windows 7, with the second tablet  branded 'S2' - rumoured to be another Honeycomb tablet, albeit this time housed within a 'dual-screen clamshell' design.