Nintendo UK's Rob Saunders being lined up for Apple role 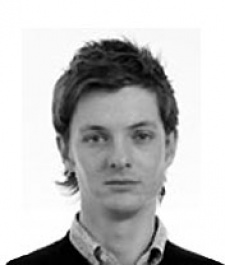 April 8th, 2011 - 09:02am
By Keith Andrew
With his departure at the end of April already confirmed, MCV reports that Nintendo's head of PR and communications in the UK Rob Saunders is bound for a fresh role at rival Apple.

Despite the lack of any official confirmation from either Saunders himself or his potential new employer, it's understood that he'll take charge of PR for Apple's range of iPods, iPhone and iPad.

In his seven years at Nintendo, Saunders has oversaw the launches of both the Nintendo DS and Wii  consoles that went on to enjoy unrivalled success, collectively amassing estimated sales of more than 20 million on these shores alone.

"We would like to thank Rob for all his hard work and huge contribution to Nintendo UK," said Dawn Paine, head of marketing at Nintendo UK, when his departure was announced.

"I have personally enjoyed working with Rob immensely over that period and am I proud to have had him in my team."

Just what significance Saunders' move might have for Apple in the UK remains to be seen, though the Nintendo man was known for forging strong relationships with the media and gaining the firm's consoles significant coverage as a result.