April 12th, 2011 - 01:18pm
By Keith Andrew
Symbian is the longterm casualty of Nokia's strategic partnership with Microsoft, at least when it comes to smartphones, but it seems the Finnish giant has no intentions of parting company with the Ovi Store.

But Nokia plans to expand the platform further. For the first time, the Ovi Store is to be made available on non-Symbian devices.

The first benefactor has been Nokia's range of Series 40 devices on which the store has been available for two months.

The wider implication of such a change in strategy however is expected to be a quasi merger with Microsoft's Windows Phone Marketplace in future.

"As consumers continue to download Ovi Store content with increasing frequency, developers have an immediate opportunity to reach consumers worldwide and capitalise on the approximately 150 million Symbian devices we plan to ship in the coming years," said Nokia's executive VP of services and developer experience Tero Ojanpera.

"This momentum continues to demonstrate consumers' appetite for Nokia's global and locally relevant apps, and will help us plan the future apps store experience for improved and new Symbian devices, as well as Nokia smartphones based on the planned collaborative opportunities with Microsoft."

Still, until Nokia's first Windows Phone 7 device ships, Ovi Store developers will have to be content with a userbase predominantly running Symbian.

That hasn't proved all too much of a problem for many to date, however, with Nokia claiming 158 studios have now amassed 1 million downloads each.

The result, it claims, is consumer transactions have increased by up to four times.

Symbian's userbase  which currently sits around the 200 million mark - is itself due for a boost, whatever its longterm future. Coinciding with its Ovi Store announcements, Nokia has also lifted the lid on two new devices running the OS: the gaming-focused X7 and the keypad-equipped E6.

Both devices run a new brand of Symbian dubbed 'Anna', with 3 Mobile apparently already confirmed as a committed carrier for the X7.

Nokia has also launched a dedicated webpage for both devices, acting as a showcase for the latest face of the Symbian platform as a whole. 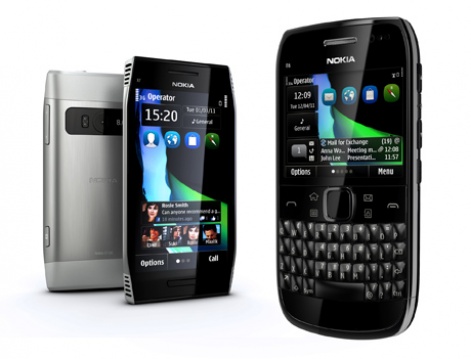