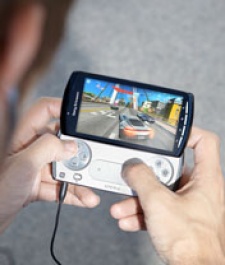 April 14th, 2011 - 12:00pm
By Keith Andrew
Sony Ericsson has made good on its promise to allow owners of its Xperia range of Android handsets to load custom ROMs onto their devices.

The company has unveiled an official website, showing users how to unlock the boot loader for what it describes as "certain releases [i.e. devices]... from 2011 and onwards".

In short, this means users can now load custom ROMs, tweak the Android OS, and generally hack around with Xperia handsets such as Play, neo, Pro or Arc with little hassle, though the company takes no responsibility for the performance of the handset should they decide to do so.

"Sony Ericsson can then no longer guarantee the full functionality of your phone, and will not be responsible for any unsigned custom software being flashed to the phone after the boot loader is unlocked," the company says on its Developer World blog, adding that unlocking the boot loader voids a user's warranty.

"In the worst case, unlocking the boot loader will cause physical injuries or material damage, for example, due to the phone overheating. We strongly recommend that standard users NOT unlock the boot loader, as it is not needed."

There are also restriction in terms of devices. Sony Ericsson says you cant unlock the boot loader if you have a SIM lock protected phone, and there are other restrictions depending on your market and the original configuration of your phone.

For those who do make the leap, however, Sony Ericsson has published a step by step guide to how to unlock the boot loader, with users needing access to the handset's IMEI number to access the unlocking key.

Microsoft is shutting down Gears Pop! in April 2021