April 26th, 2011 - 01:52pm
By Keith Andrew
In something of a double scoop, Thisismynext.com has lifted the lid on what it believes are two new Android powered tablets due for release late in 2011.

The site, which sources what it claims are a number of official presentation slides, claims a 10.1 inch Honeycomb tablet will be joined in Q4 2011 by an as of yet unnamed 7 inch device, also running Android 3.0.

Adding to the already announced LePad, the site reports the 10.1 inch tablet - dubbed either ThinkPad or Think Slate - is going to be aimed at the upper end of the tablet market, shipping with a price tag of $499.

The tablet will sport a Tegra 2 processor, front and rear cameras, 1280 x 800 IPS capacitive display and what's described as "keyboard portfolio case", which  according to the leaked snaps  appears to be a keyboard dock.

The slides also point towards an HTC Flyer style "true pen" option for "sketching and note-taking". 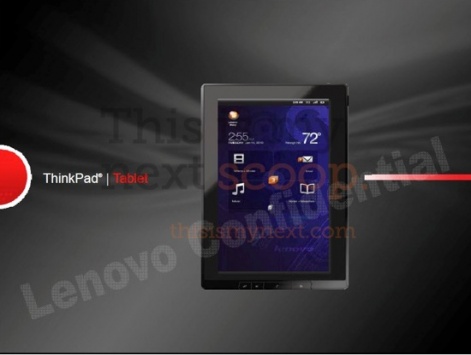 It's reported USB 2.0, micro USB, and mini-HDMI ports and a full-sized SD card slot will all also be on board.

With ThinkPad being lined up for an August launch, a further report on the site states a 7-inch alternative will also see the light of day later in the year. 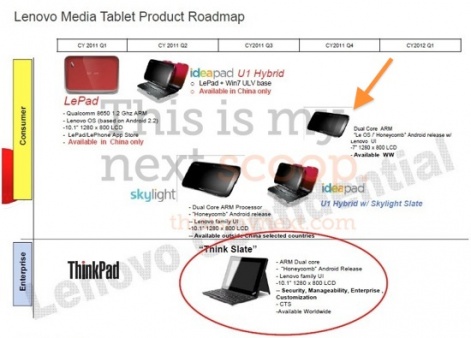 "The image of the tablet itself looks like it's just a placeholder, and since these slides are about a month or two old, that certainty makes sense with this product pegged for a Q4 release."