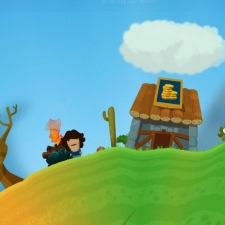 Marking its third purchase in the last two months, Zynga has announced the acquisition of UK based studio Wonderland Software, rebranding the developer as Zynga Mobile UK in the process.

No figure has been named by either party, but the deal represents Zynga's first move into the British market and adds to its existing presence in Europe, itself kicked off by the purchase of Dextrose (now Zynga Germany) back in September 2010.

"This is a team that has developed novel game technology to tell engrossing stories and I'm incredibly excited to have Wonderland join Zynga as we build a presence in the UK."

Zynga has confirmed that Wonderland's existing CEO Matthew Wiggins will stay on as Zynga Mobile UK's general manager, with the studio as a whole working on leverage its existing leadership team and technology to serve up new mobile social content for Zynga.

The developer previously enjoyed much success working on GodFinger for ngmoco.

"Wonderland Software has always been dedicated to pursuing big and creative ideas and turning them into games that players love," added Wiggins.

"We are thrilled to continue our vision as part of the Zynga family and to reach millions of mobile players across a spectrum of devices."