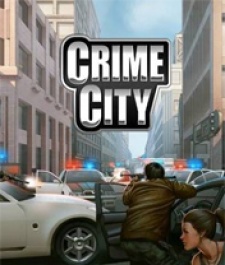 May 10th, 2011 - 02:45pm
By Keith Andrew
Having built up a base of 7 million monthly users and more than 750,000 daily active users on Facebook, start up Funzio has already announced its intention to bring Crime City to both iOS and Android later this year.

The developer, co-founded by ex-Zynga and Storm8 executive Ken Chiu, will attempt to translate the game's success to the mobile social scene, making the news that the company has just closed a $20 million strong funding round all the more important.

The round was led by IDG Capital Partners in China and IDG Ventures in the US, and will result in Phil Sanderson - who serves as IDG Ventures' MD - joining Funzio's board.

"The Funzio team is unique in that they have been in the social gaming space since its inception and created some of the biggest hits on Facebook and iPhone," said Sanderson of the investment.

"Now they're transforming the industry by taking a cross-platform approach with AAA quality social games so people can play on Facebook and mobile - two of the biggest markets."

Former Playdom founder Rick Thompson, who also participated in the round, has also been appointed as the board's new chairman.

But they won't be the only new appointments.

As a mark of its shift to mobile, TechCrunch reports Funzio will use its fresh funds to triple its team in 2011, enabling it to develop games in parallel and launch them simultaneously across multiple formats.

It's an expansion designed to cement the studio's place as a major player in the social gaming scene, both on social networks such as Facebook and on smartphone.

"We feel very fortunate to have Phil Sanderson join our board because he shares our values and vision - creating awesome cross-platform games for Facebook, iOS and Android."