Google I/O: Ice Cream Sandwich to run across both smartphones and tablets

And Honeycomb updates to version 3.1 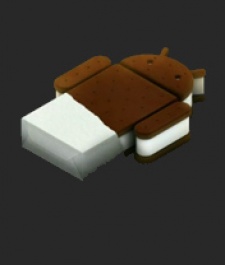 May 10th, 2011 - 06:30pm
By Keith Andrew
Though its name has been known for some time, Google used its I/O conference in San Francisco to shed more light on the next version of Android, Ice Cream Sandwich.

Rather than splitting the platform between smartphones and tablets, however, Ice Cream Sandwich will be the first version of Android specifically designed to run across both sets of devices, also offering support for notebooks.

"Let me tell you how we're going to make that happen: by taking a 'state of the art UI' and bringing it to phones. We're investing heavily in the application framework... and it will all be open source."

Little else was revealed about the new version at the event, though some new features  such a head tracking and a visual camera director  did make an appearance.

Google also detailed the latest version of Honeycomb (3.1), which is being made available to Xoom customers on Verizon 3G immediately.

From a gaming perspective, its biggest advance is support for additional controllers via USB.

In short, this means that everything from keyboards, mice and game controllers can be plugged into the tablet's USB port to take control of apps and games.

Said feature was demoed on stage using Silvertree Media's Cordy, with an Xbox 360 controlled plugged into a Xoom.