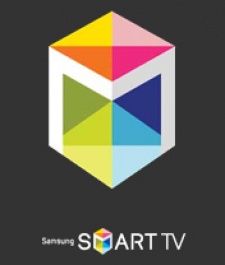 May 13th, 2011 - 12:33pm
By Keith Andrew
Though apps for TVs are still in their infancy, Samsung will be hoping a new deal with Gameloft will help its own effort  Samsung Smart TV  edge ahead of the competition in the coming months.

Delivered via the Korean firm's marketplace Samsung Apps, Gameloft has committed to bringing an initial total of six games to the platform, with two  Brain Challenge and TV Show King  available right now.

"Our goal at Gameloft has always been to make video games accessible to everyone," said Gameloft's senior VP of publishing, Gonzague de Vallois.

"We're thrilled to extend our library of games to the mass market through Samsung Smart TV. All homes equipped with a Smart TV will be able to access high-quality games with 3D graphics at an affordable price."

Limited to the US and South Korea, the four remaining games - UNO, Lets Golf! 2, Block Breaker Deluxe 2 and Midnight Pool  will be added to the roster in the coming weeks.

"Integrating games such as Let's Golf! 2, UNO and TV Show King will allow us to continue to diversify the applications we offer on Samsung Apps," he said of the deal.

"Gameloft has an excellent reputation in developing digital video games for the mass market. Were pleased to offer our clients a high-quality gaming experience on the Smart TV with Gameloft."

Up until now, games have only had a fairly minor role in Smart TV's approach, with Texas Holdem the sole game highlighted by Samsung when the platform passed 1 million downloads back in December.

However, Samsung also recently secured a Smart TV a library of social games from Buzz developer Relentless, having signed a deal with TV games network PlayJam earlier in May.