Allows developers to run their own in-app stores 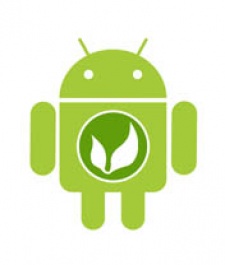 May 13th, 2011 - 08:01pm
By Keith Andrew
Citing Google's roll out of in-app billing for Android Market as a catalyst, OpenFeint has lifted the lid on its own attempt to aid developers adopting the free-to-play model: OFX for Android.

OFX will initially launch via a private beta, but OpenFeint is hoping its approach will appeal to studios looking to monetise their free releases when it hits the market widescale.

What's in storeMost notably, OFX for Android will allow developers to run their own virtual stores, with OpenFeint taking care of the operation of the servers behind the scenes.

In all, it's a system designed to make monetisation as hassle free as possible.

"IAP systems are like credit card machines  necessary to process transactions but somewhat useless without a store around it," said founder and CEO Jason Citron, whose company was recently purchased by Japanese social giant GREE for $104 million.

"OFX makes it easy for any game developer to build that store and have confidence in its ability to scale as they snag millions of DAUs (daily active users)."

OpenFeint is billing OFX for Android as the key to developers serving up 'Zynga-style' successes on the platform, allowing studios to focus on the game itself rather than the framework behind its monetisation tools.

The private beta, which will only be open for a limited time, is set to use Google's in-app billing to process all payments, though future updates post release will deliver support for alternative payment providers, including direct-to-carrier billers.