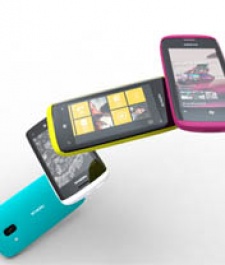 May 16th, 2011 - 05:41pm
By Keith Andrew
Those who regarded Nokia's strategic alliance with Microsoft as a shrewd move tended to view Ballmer and co. as the real winners.

Many went as far as to pitch it as a buyout in all but name: Microsoft securing the support of the world's largest mobile manufacturer for Windows Phone 7 without having to acquire the firm.

Now, if rumours are to believed, that initial partnership might have been just the first step of a full buyout of Nokia's handset business.

"Next week, Nokia will start the negotiations about the sale of its phone unit to Microsoft," Murtazin said on his blog.

"For now the results of the negotiations won't be public, but the deal might close before the end of 2011. Both companies are in a big hurry."

Nokia's decision to phase out the Ovi brand is being used to back up Murtazin's claims, and given Microsoft has around $50 billion in cash, making a partial buyout of Nokia's business  valued at 32 billion (around $45.5 billion)  possible.

However, it would result in an already complicated arrangement with the OEMs behind WP7 becoming even more nervous. By becoming a manufacturer as well as a platform holder, Microsoft's own handsets would naturally gain a distinct advantage over other OEMs supporting the OS.

There's also the question of what's to be gained from an expensive buyout of a firm that has already pledged its support for WP7 and openly settled its financial terms.

Though it would hand Microsoft the same kind of control both Google and Apple enjoy over their own platforms to varying levels, the impact it would have on WP7's fortunes appears minimal.

Nokia itself has also been quick to rubbish Murtazin's comments.

"We normally dont comment on rumours as you know," the firm stated according to Unwired View, "but we have to say that Eldars rumours are obviously getting less accurate with every passing moment."

Murtazin most recent claimed that WP7 sales might stand at 674,000  an estimate his own rationale cast severe doubt on.