Lodsys should 'put up or shut up' says lawyer Jas Purewal 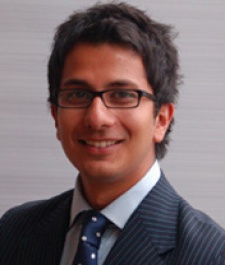 May 19th, 2011 - 03:48pm
By Keith Andrew
Lodsys may have issued a lengthy statement in reply to the angry response that greeted its threat of legal action over developers' use of in-app purchases (IAP), but the waters are far from calm.

In what's fast becoming a game of chess, it's Apple's apparent silence that is heightening the tension that surrounds the issue.

As a result, lawyer Jas Purewal believes the power remains in the hands of Lodsys  a power he says the company fast needs to act on, one way or the other.

"This dispute could end up raising some pretty important issues the future of in-app purchase functionality in the mobile world," Purewal, who has previously spoken out about Apple's decision to sue Amazon, says on his blog Gamer/Law.

"On that front though, a lot more still needs to happen before this really gets interesting. The app platforms need to make their position public - especially Apple, from which a number of app developer have sought assistance.

"The app developers and Lodsys also need to clarify their positions as against each other. And, ultimately, Lodsys will need to either put up - i.e. start legal action - or shut up."

While the developers caught up in the company's claim - which directly relates to the use of an 'upgrade button' in the delivery of in-app purchases - are naturally focused on their immediate future, Purewal says the ramifications of any legal action could go well beyond individual concerns.

"Ultimately, if Lodsys succeeds then it can in principle expect to receive substantial royalties from the licence agreements it could demand, while the app platforms may also decide/be forced to change how their technology works in order not to infringe these patents," Purewal speculates.

"On the other hand, if Lodsys' claims were defeated then it would send a strong message regarding the use of software patents to pursue these kinds of claims in the mobile world."

Any such defeat, however, might well rely on a major party with substantial financial reserves challenging the validity of the very patent Lodsys claims has been impinged upon.

"The app/developers will need either to reach financial agreement with Lodsys, or fight the claim, or just try to play for time," he concludes.

"If a big cat in the mobile world gets involved and funds a big legal fight, we could see the validity of Lodsys' patents being challenged."

However, while the attention of the press is focused on Lodsys, the Guardian reports that US based company MacroSolve is suing 10 studios over an alleged patent infringement.

The company's patents hands them rights over "system and method for data management", which the paper reports refers to the collection and transmission for questionnaires online.

MacroSolve chairman Jim McGill has claimed that "thousands of existing apps" collect data that is then sent to a central server, prompting its action, which has been taken in the Texas Eastern District in Tyler  a legal hot spot for patent-owning companies looking for quick cases, delivered in their favour.