Two thirds of surveyed developers have lost 20% of their revenues 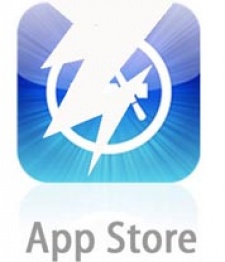 June 1st, 2011 - 12:03am
By Jon Jordan, Contributing Editor
We probably shouldn't be surprised, but the news Apple banned download incentivisation models a month ago still hasn't been officially confirmed, and hence remains confusing for the industry.

Combined with this, the fact few developers and publishers are keen to talk about the situation such is Apple's power over its ecosystem, although as a public company Glu Mobile did highlight the ban's financial impact last week.

Yet as the prime vendor of the download incentivisation model, US outfit Tapjoy is happy to shout out about why it thinks Apple is wrong - and now it has some numbers to demonstrate its attiude is reflecting a broader consensus.

Me and my army

It surveyed 496 iOS developers, with almost half of respondents reporting an increase in user complaints about the inability to earn in-game currency by installing or engaging with other apps.

Indeed, a quarter of companies say, they are receiving "way too many" user complaints over the issue.

The bottomline, according to Tapjoy, is that eight times the number of respondents said they had seen a decrease in daily active users over those who stated they had experienced an increase in DAUs since Apple's restrictions went into place.

Almost 15 times more respondents stated they had experienced a decrease in revenues.

Tapjoy claims this is vital because about two thirds of companies said that at least 20 percent of their total revenues is - or was - generated by this model.

"It means we can't discount our apps," one developer told Tapjoy.

"Four million people want [our app] for free, while only tens of thousands want it for a buck or two. With PPI [incentivised downloads], we could offer the app for a discounted price of, say, 60 cents, thus getting a larger number of installs, each at a lower profit margin. Win/win for us and purchaser. Can no longer do that, which is very sad."

In Tapjoy's view, by banning the practice, Apple is hampering developers' ability to monetise freemium apps and games, as well as removing an important alternative payment option, especially for children who don't have access to credit cards, and are being restricted because of their parents' fear of 'accidental purchases'.