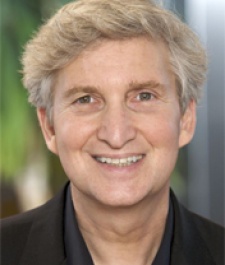 June 9th, 2011 - 07:39pm
By Keith Andrew
It was clear from the moment Nokia CEO Stephen Elop spoke of 'burning platforms' that the Finnish firm was set for a year of upheaval  a projection cemented following the adoption of Windows Phone 7.

The latest casualty, however, has an air of mystery around it, with Nokia announcing the temporary departure of CTO Richard Green in order to resolve a 'personal matter'.

However, the BBC claims sources from within Nokia are claiming Green, who was a notable backer of MeeGo, will not return to his post due to 'differences over strategy'.

The same sources claim Green has been unhappy with the company's decision to sideline the platform in favour of Windows Phone.

Though Nokia's support for MeeGo is nowhere near as strong as it was  only one device reportedly on the cards from the firm  Intel, which co-developed the platform with the Finnish firm, has been hard at work of late securing support for the OS.

Nokia itself is reported to have attempted to hawk MeeGo to rivals RIM, HTC, Samsung and Motorola  all of which declined the offer, due to fears Nokia would have too much power over their efforts.

Green, who joined Nokia from Sun Microsystems in 2010, will be replaced by research labs head Henry Tirri.