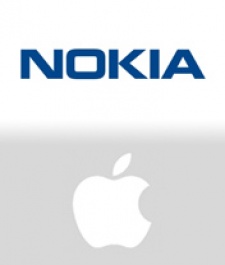 June 14th, 2011 - 10:13am
By Richard Brown
To recap: Apple and Nokia have been at legal loggerheads ever since the latter sued the iPhone maker over ten cellular technology patents in October 2009.

It didn't take Steve Jobs long to retaliate, though, as the Cupertino-based company quickly filed a countersuit against the Finnish cellphone vendor for its alleged infringing 13 of its mobile technology patents.

A couple more patent complaints here, an importation ban request there, and it seemed as if the two tech titans were heading for a court showdown sometime in 2012.

Nokia announced earlier today that Apple has agreed to pay the Espoo-headquartered firm a one-time fee and ongoing royalties for the licensing of its technologies, as per an undisclosed agreement.

"We are very pleased to have Apple join the growing number of Nokia licensees," Nokia's chief executive Stephen Elop says.

"This settlement demonstrates Nokia's industry-leading patent portfolio and enables us to focus on further licensing opportunities in the mobile communications market."

Having recently revised its Q2 2011 Device & Services sales forecast down and with analysts predicting its displacement by Samsung in the smartphone race, Nokia at last has cause to be optimistic after Apples agreement.

All of a sudden, Nokia's second fiscal quarter results, scheduled to be reported on July 21st, could make for more pleasant reading for its investors, management, and shareholders alike.