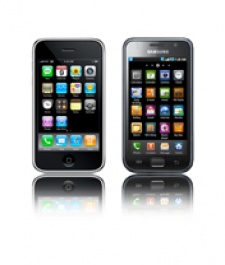 June 14th, 2011 - 05:42pm
By Keith Andrew
Such is the extended nature of Apple and Samsung's dally in the courts, any article detailing the latest events could do with the kind of pre-episode recap favoured by US drama serials.

In essence, the latest developments in Apple's claim that Samsung aped the design of its devices focus on a request by the Korean firm to see the next iPad and iPhone.

Samsung previously argued it would need to see finalised designs for iPad 3 and iPhone 5 so it could avoid copying them with its own releases.

As detailed by Foss Patents, Apple has denied Samsung's request, as predicted, but has also gone on to brand the company as a "copyist".

"It was obvious to all close observers of the dispute that Samsung's request was meant to echo and mirror Apple's previous request for 'expedited discovery' and access to various Samsung products that had not yet been released in the US market at the time, such as the Galaxy S II," Foss Patents author and IP activist Florian Mueller explains on his blog.

"Apple argues that it is the 'master' of its infringement claims while Samsung is merely 'the copyist', and since no future iPhone and iPad products are at issue in Apple's complaint, there's no reason to show them."

Much of Apple's dismissal rests on the firm's claim that its hardware unveilings are "major events in the technology industry", and that Samsung's request goes beyond what's necessary, given Apple's lawsuit refers to only existing devices, not future ones.

"I agree with Apple that Samsung's requests go way beyond what Apple asked for," Mueller concludes.

"I also have a feeling that the court is not going to grant Samsung's requests - there doesn't seem to be sufficient cause."