Firm 'thinks the world of Apple' 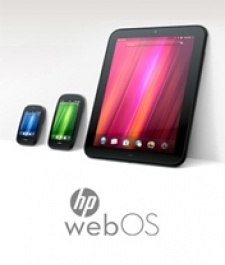 July 1st, 2011 - 03:37pm
By Keith Andrew
Executives may be less willing to talk up the chances of their tablet 'taking down iPad' now Apple's device has passed the 25 million mark, but the market leader remains the top target for most rival efforts on the shop shelves.

Not so when it comes to TouchPad, however, which has just gone on sale in the US.

According to HP's worldwide developer veep Richard Kerris, there's room enough for TouchPad and iPad to exist comfortably, side by side.

"We think the world of Apple and have the utmost respect for their products," Kerris said in an interview with The Loop.

"It would be ignorant for us to say that we are going to take it [the market] away from Apple. We think there's a better opportunity for us to go after the enterprise space and those consumers that use PCs.

"This market is in it's infancy and there is plenty of room for both of us to grow."

Despite the apparently different market strategies, however, Kerris did acknowledge that there is one area where its aims are identical to Apple's: building up the strength of the ecosystem the tablet taps into.

All the small things

HP has already claimed that the webOS 3.0 powered device will have 6,000 apps available from day one  that's twice the number of iPad only apps Apple's tablet launched with, but naturally well down on the 100,000 it boasts now.

"It's not just about the tablet," Kerris added.

"It's about the OS, the ecosystem and connecting devices like phones, printers, tablets and computers together."

Kerris said features such as wireless syncing of calendars, emails, photos and other files across webOS devices are "little things", but ones that "matter so much to individuals".

"We're the tablet that when you take it out of the box it doesn't ask you to connect to something to get started."

TouchPad will go on sale in the UK on July 15.