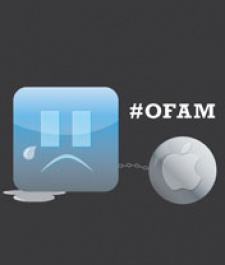 While the big boys such as Apple, Google, Amazon and Microsoft have been having an ongoing legal debate about whether the term 'app store' is generic or available to be trademarked, it seems the little guys are also getting pulled into the rumpus.

Indeed, on the GetJar blog, CMO Patrick Mork is getting so annoyed - the company has received a cease and desist letter from Apple - that he's launching The Open And Free App Movement.

While pointing out that "this isn't really about Apple vs. GetJar", Mork points to the philosophy of GetJar as an open app store for free content for all platforms as being an underlying reason Apple is annoyed.

Indeed, most of GetJar's traffic is Android-based and it's just launched previously iOS-only game Cut the Rope; both things Apple as a closed and predominantly paid-for ecosytem would be against.

Still, Mork is happy to point out the failings of other mobile platforms too, saying Google doesn't allow a free choice when it comes to billing solutions, while Microsoft is - somehow - charging OEMs for using Android.

"Is anyone actually worrying about whether app developers and content providers make enough money to keep the lights on?" he asks.

Fight for the right

"In conclusion, GetJar won't be subject to this kind of bullying. We're not going to "Cease & Desist". We were here long before Steve & Co. We were built by developers, to help developers. Not to help sell handsets or search results. In the words of Twisted Sister, "We're not going to take it!" Steve Jobs isn't our Dad," Mork argues.

The result is what he hopes will be a grassroots campaign - The Open And Free App Movement - which will be an avenue for developers to reveal how "the increasingly closed app ecosystem" is affecting them.