But Microsoft has sold 'millions of phones' 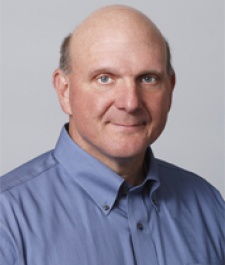 July 12th, 2011 - 12:13pm
By Keith Andrew
The launch of Windows Phone last October was itself an admission Microsoft had previously adopted the wrong smartphone strategy.

The wholesale abandoning of Windows Mobile was repeatedly branded as a risk by those within the company itself, and few in number were executives who said they expected Windows Phone to make up lost ground in quick time.

It's in this continued atmosphere of honesty that Microsoft CEO Steve Ballmer has admitted the company's OS is yet to make major progress, claiming Windows Phone has "gone from very small to very small" since launch.

Yet, thanks to sales of "millions of phones" and Microsoft's strategic partnership with Nokia, Ballmer told onlookers at the company's Worldwide Partner Conference in Los Angeles it would be hard to brand Windows Phone as anything else but a success.

"Phones, we've gone from very small to very small, but it's been a heck of a year, and you're going to see a lot of progress in that market competitively as we move forward," Ballmer said of the Windows Phone business.

"It's certainly a very busy, active, competitive market. We've got a lot of work to do to break through."

But, according to Ballmer, most important of all is the backing of Nokia.

The next major milestone for Microsoft will be the launch of Mango  the next version of the OS  expected this autumn.