Google rolls out fresh look for Android Market on handsets

Marketplace delivered via staggered roll out

July 13th, 2011 - 12:01pm
By Keith Andrew
Following on from a sustained period of updates for Android Market's presence on the web, Google has unveiled an entirely fresh look for the marketplace on the handsets themselves.

The new Android Market client, which will be rolled out in a phased fashion to handsets running Froyo or above, features an entirely fresh UI designed to engage users and "better showcase top apps and games".

In the Market for change

"For developers, the new Android Market client means more opportunities for your products to be merchandised and purchased," Google's Eric Chu says on the Android Developers blog.

"With a great new UI, easy access to app discovery lists, a convenient purchase flow, and more types of content, we believe that the new Market client will become a favourite for users and developers alike." 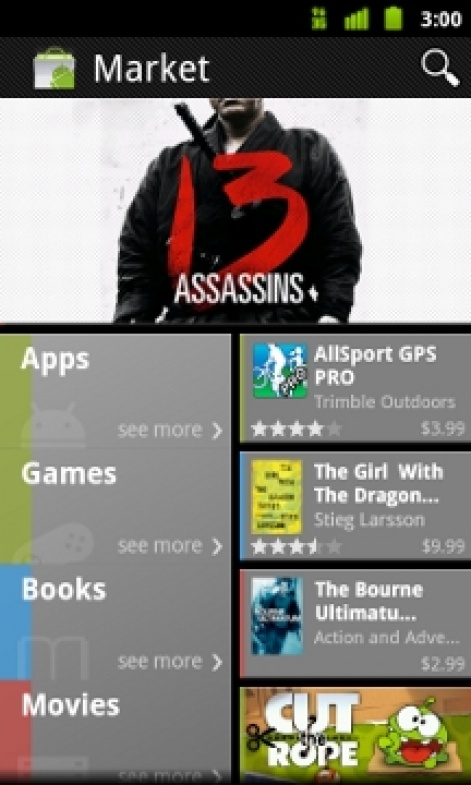 Of note is the redesigned home screen, featuring a new promotional page highlighting top content on the store.

Ranking lists have also been moved to the apps and games home pages, while the details delivered on each app's page have been reorganised to allow consumers to make their purchase decision and download the title in question in less time.

Full details of the new look can be found on the Android Developers Blog.