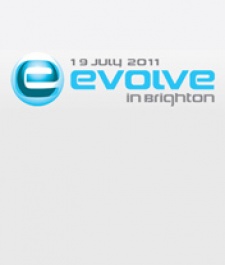 It was moderated by Greg Robinson, COO, of games publisher Connect2Media.

"Payment methods are the biggest issue for developers releasing on Android, but I think this is changing, and discovery will become more important," said Paul Bowen, director of European sales, Tapjoy.

"On Android, there is lots of content that's of a lower quality than on iOS," pointed out Olivier Bernard, GM, International, Glu Mobile. "I think Android will always be a market for free content."

"As a developer, you have to think about the opportunity cost of making games for Android, said Paul Farley, MD, Tag Games.

There's fragmentation of devices and stores, so even before you think about monetisation, the cost of launching a game is much more on Android than iOS."

"It's all about free games now," argued Tony Pearce, CEO, TeePee Games. "The industry has changed really quickly from paid to free."

Continuing the theme raised by Bowen, Pearce continued to push the value of discovery; something TeePee enables with its recommendation engine.

"I don't think the top 10 chart exists anymore," he claimed. "We all have our own personal top 10s," something TeePee will generate for you.

Tapjoy has been a key enabler of monetisation and discovery on Android and iOS, thanks to its incentivised download system, albeit now banned on iOS.

"There's a better case for using solutions like Tapjoy on Android because of the lower price point of the handsets and the lack of penetration of Google's Checkout," said Bowen.

Indeed, he claimed the top monetising game using Tapjoy (unnamed) was generating around $150,000 a month using the company's IAP model.

Glu Mobile is a heavy user of Tapjoy, but for the future, Bernard said the publisher was looking to the widespread adoption of operator billing on Android.

"We're waiting on operators to come up with an integrated global solution that everyone can use," he said.

Five things we learned from Develop and Evolve 2011

Develop 2011: PS Vita is the most developer friendly hardware Sony has ever made