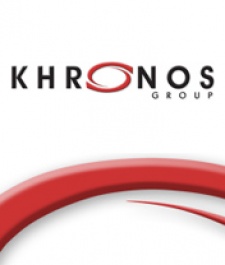 August 9th, 2011 - 12:01am
By Jon Jordan, Contributing Editor
Industry standards outfit, the Khronos Group has been busy with more behind-the-scenes work that acts the glue between hardware companies and content developers.

It's just announced the specification for the OpenGL 4.2 standard for desktop graphics, which enables developers to have much more control over each pixel in a texture to improve rendering efficiency, especially in the case of transparencies.

Other smarts include the ability to better draw multiple versions of geometry that been tessellated by a GPU, and better packing of shader information to significantly reduced memory storage and bandwidth.

Not yet applicable to portable devices, but as they (and consoles such as PlayStation) use the OpenGL ES version, they're sure to trickle down eventually.

Standards that are relevant to mobile devices, however, are the new WebCL and StreamInput initiatives. Khronos is now looking for more input from parties interested in joining these working groups.

The WebCL group is looking to define a JavaScript binding to the OpenCL standard that will enable developers to access its parallel computing features using multi-core CPU and GPUs from within an HTML5 browser.

This will be particularly useful for tasks such as physics and image/video editing. Companies such as Nokia and Samsung are already working on implementing this.

StreamInput is an initiative to enable developers use depth cameras, touchscreens and motion and orientation sensors within a standardised framework.

The plan is to create a cross-platform API so applications can process inputs from such sensors, including multi-sensor applications such as augmented reality.

"StreamInput will drive the adoption of advanced sensors by enabling input innovation under a common API that provides portability to application developers," said Neil Trevett, president of Khronos and vice president of mobile content at Nvidia.

He added; "WebCL is the natural extension of the WebGL and OpenCL work already underway at Khronos and continues the trend of evolving HTML5, not only to support advanced Web experiences, but also to become a full-fledged application platform with access to advanced device capabilities."

Khronos will be talking more about OpenGL 4.2, WebGL, OpenCL and OpenGL ES during the Siggraph show in Vancouver, Canada.

Or you can find out more about StreamInput here and WebCL here.