Developer ecosystem is in 'fantastic hands' 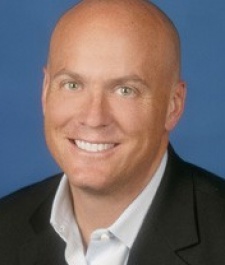 August 9th, 2011 - 10:42am
By Keith Andrew
Given Microsoft has admitted Windows Phone is 'on pause' until the next version of the OS  dubbed Mango  launches, dealing with media attention focused on a major departure from its team is not what the doctor ordered.

Official sales figures are virtually non-existent, but it's believed the platform is yet to perform strongly at the tills, despite earning plaudits aplenty from critics and commentators alike.

Nonetheless, Charlie Kindel, who has been at Microsoft for 21 years and most recently served as general manager of the Windows Phone developer experience, is leaving to foster his own startup.

But not before giving his take on Microsoft's smartphone platform, and branding it the "best product Microsoft has ever built".

"I may stop using some Microsoft products now that Im out of here, but not Windows Phone," Kindel said in an email to his fellow workers, posted on his blog.

"The best product Microsoft has ever built. Do not let up!"

Indeed, in an interview with GeekWire, Kindel said there was never a good time to leave a project like Windows Phone, but he has every confidence it will go on to be a major success.

"In reality, I stepped away from day to day Windows Phone work earlier this year to focus on what I wanted to do with my career next," Kindel said.

"I'm extremely proud of what we've accomplished. We have close to 27,000 apps in the marketplace, the best toolset, and amazingly high customer satisfaction.

"We would not have gotten to the table with Nokia if they didn't believe we were in the race to win long term. We're now in the middle phase of the marathon. This is where Microsofts stamina genes will come into play."

Kindel wouldn't detail what his company will do, or even what it would be called, but he did say that any mobile focus will bring him back into contact with his old employer.

"The Windows Phone Developer Ecosystem is in fantastic hands," he concluded.

"The team is built to execute like a well-oiled machine. Hypothetically, if my new company were to build mobile apps, we'd target WP7 first.

"I know I can build a beautiful and functional WP7 app in a fraction of the time it would take to build an iOS or Android app."