Rovio, Zynga and Wooga on board as games channel hits Google+

August 12th, 2011 - 01:57pm
By Keith Andrew
If anyone doubted Google's intention to take on Facebook on all fronts, the roll out of a new games channel on Google+ has just upped the stakes.

The new games page, which hit the US first, is already backed by the likes of Rovio, Zynga and Wooga and sits neatly at the top of the network's stream.

The whole idea, in Google's eyes, is not to flood its users with games they're never likely to play, but rather offer them a convenient platform to take on titles they're familiar with whenever they fancy it.

"The experiences we have together are just as important to our relationships," Google says on its official blog.

"That means giving you control over when you see games, how you play them and with whom you share your experiences. Games in Google+ are there when you want them and gone when you don't." 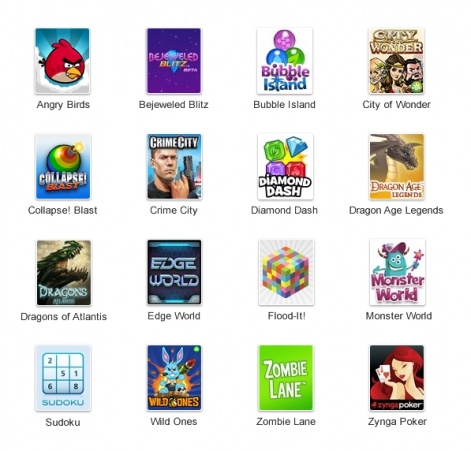 Early screenshots (the games page isn't yet live in the UK) suggests Google has sourced a respectable number of titles before rolling the platform out, including staples such as Angry Birds, Zynga Poker and City of Wonder.

"Angry Birds for Google+ Games is a great start, but it's just our first step in social gaming," added Rovio CEO Mikael Hed.

"We want to delight our users by going way beyond what they were expecting. Social gaming is going to be massive, and we're very excited about what we have coming up next."

Start as you mean to go on

Google, like Rovio, is keen to point out that its flurry into social gaming on Google+ is a work in progress.

"When you see a Games page in your account, please give games a try and send us feedback," the blog concludes.

"Like the rest of the Google+ project, we're just getting started." 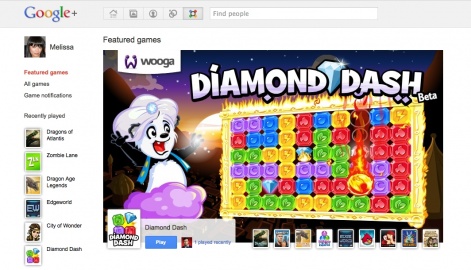 The games page isn't, of course, Google's first crack at serving up games outside of Android. Though download figures are hard to come by, the Chrome Web Store is picking up traction with developers large and small.

Google+ will undoubtedly have a greater focus on bringing players together than its Chrome-based cousin, though early usage statistics that suggest engagement with the social network is falling despite a rising userbase.

As a result, Google is likely to find pitching games on its network a harder sell than on Facebook, which didn't add a games channel until January 2010, when its userbase was already in the hundreds of millions.

Facebook has also refreshed its set up in response, including a larger gaming screen and a ticker that logs the activity of friends, including their scores and achievements.

Developers interested in working on Google+ are advised to visit the firm's developer blog for more information.