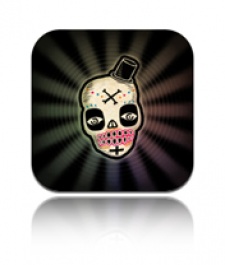 August 12th, 2011 - 05:19pm
By Keith Andrew
The question of how much a game should cost is prevelant in the digital age: with no actual physical goods to take hold of, should a title's RRP relate to man hours and resources, or should it indicate quality?

Apple's view leans towards the latter, it would appear, with Papa Sangre studio Somethin' Else claiming the giant encouraged it to adopt a premium price point for the game's debut on the App Store.

Speaking during the Edinburgh Interactive conference, Somethin' Else MD Steve Ackerman told attendees Apple hinted pre-release it was interested in pushing the title, urging the studio not to undervalue the game's worth.

"Obviously Apple doesnt promise anything in terms of promoting games, but before the release of Papa Sangre they said they were very interested in the game, and that they might promote it," said Ackerman.

"They asked us how much we were going to sell it for, and we said maybe £1.99. They said 'you must be joking, this is a premium app, this is worth more than the price of coffee'."

Even before the advent of freemium, low game prices on the App Store were a sticking point for many, some alleging 99c releases have the potential to undermine the $60 console market.

Ackerman's view, however, is that consumers will pay for quality regardless of format, suggesting he regards the £3.99/$5 price point that the studio eventually went with has been successful.