August 18th, 2011 - 08:29am
By Jon Jordan, Contributing Editor
Perhaps the biggest single opportunity in a mobile games market full of opportunities is China.

Yet despite a rapidly expanding smartphone market of hundreds of millions of users, there are plenty of cultural, operational and technical barriers to entry. For this reason, working with a local partner is often the most sensible course of action.

We caught up with Edyta King, the marketing and media director at SNSGame, which most recently worked with The Playforge over the Chinese release of iPhone hit Zombie Farm.

PocketGamer: Can you give us some background information about SNSGame?

Edyta King: SNSGame was previously a social game publisher with more than 20 games published around the world including US, China, Japan, Brazil, Germany, Russian, and Turkey. A year ago, it started business on mobile games as we expected the social game and mobile game markets would merge.

Zombie Farm by The Playforge was the first iOS game we published, and we've successfully brought it to mainland China, Taiwan, Hong Kong, Singapore and all Chinese speaking areas. It's now become one of the most popular iPhone games in these markets.

What's the reaction been to the game?

When you search for Zombie Farm on Weibo, you find it's one of the most active topics, with tweets ever 30 seconds. 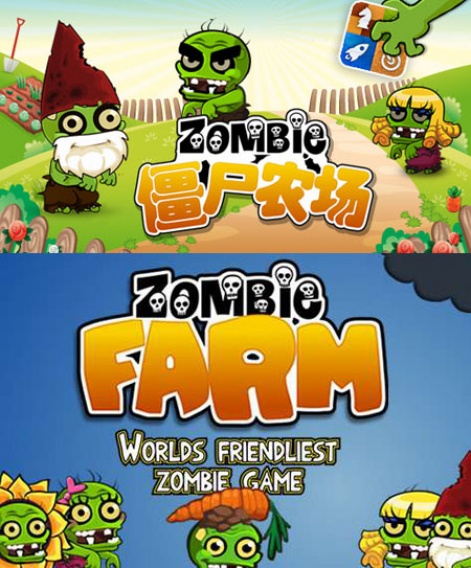 What do you think are the biggest opportunities for mobile/social developers in the Chinese market?

I think there are three reasons the Chinese market is exciting. According to Distimo, China is already the second largest market for Apple's App Store. Young people here are very loyal users of iPhone and iPad. There's a large group of so-called 'Apple talent'.

Also, traditional online games and social games have trained people to pay, and so I believe the ARPU of the Chinese market will be increased heavily from now on.

Finally, many local Chinese developers are targeting overseas markets instead of the domestic market, which means the experiences Chinese mobile players currently enjoy are far worse than those in markets such as the US, both linguistically and culturally.

Based on this analysis, the sooner developers explore the Chinese market, the greater advantages they will enjoy. All in all, I think it is important for us to make strategic moves and focus on this future.

What do you look for when it comes to mobile games?

My personal belief is this is a special market with all kinds of users. Of course, the universal elements for a good game such as strong art design, simple yet intuitive user interface, and funny and enjoyable content are also applicable here,

The hardest thing for foreign developers is dealing with the local language and the expected cultural user experience, but SNSGame can help with this.

Do you think iPhone or Android is the best platform?

iPhone is in third place globally in terms of smartphone sales, and as I've said, the Chinese App Store is the second biggest. We think there are big opportunities for mobile developers on other platforms such as Android and Windows Mobile too.

What do you think is the best advice for developers looking to release their game in China?

You have to get to know the market before you launch; once you are ready, launch as soon as possible.

SNSGame will be glad to give you suggestions both on product and marketing strategy. We've positioned ourselves as a China-based publisher to bring value to the games of our developer partners.

You can find out more about SNSGame via its website.