Apple accused of altering evidence to get Galaxy Tab 10.1 banned

A picture of deceit? 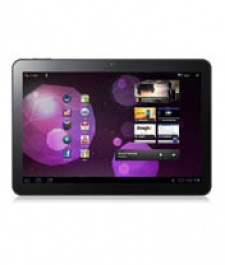 August 16th, 2011 - 03:11pm
By Ryan McGowan
With Samsung's Galaxy Tab 10.1 now banned across Australia and the majority of the European Union, even an avid Samsung fan would find it hard to deny that Apple seems to know how to work a courtroom.

A new rumour, however, alleges that Apple's recent legal conquests have come with the aid of altered evidence - more specifically, an inaccurate depiction of the Samsung Galaxy Tab 10.1.

Keeping a Tab on things

As discovered by Dutch website Webwereld, the image - which simply shows the two tablets standing vertically alongside one another - slightly stretches the Galaxy Tab 10.1, resulting in an aspect ratio that more closely resembles that of the iPad. 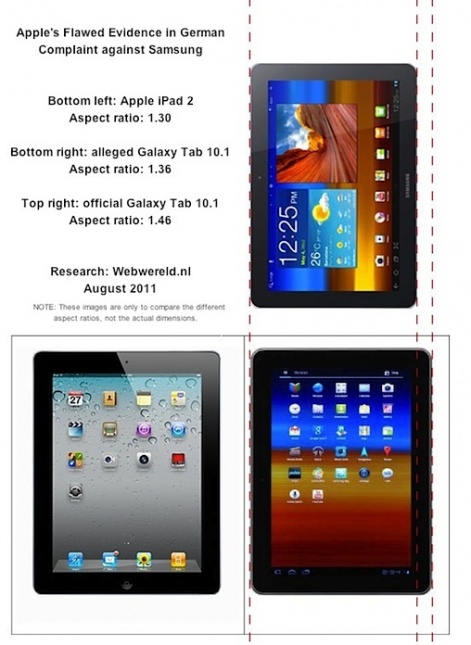 Being that Apple's case for banning the 10.1 rests on Samsung having "slavishly imitated" the design of the iPad 2, this could potentially be a fault line, but it's still unclear how the image came to be in the document.

While it's certainly possible that Apple has inserted it (and made adjustments), it's equally plausible that Samsung itself has provided the image, perhaps from a stock promotional archive.

Neither company has made a formal statement on this latest accusation, and, in any case, it's difficult to say whether this latest dispute would have impacted the outcome - aspect ratios aren't specifically mentioned by Apple, who instead draws attention to the general user experience.

You can read Apple's complaint in full (and in German) by clicking here.