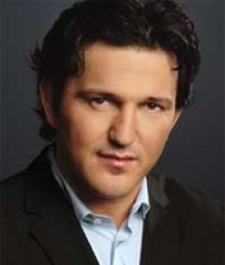 August 16th, 2011 - 02:22pm
By Keith Andrew
The thing to realise about investor pressure on Nintendo to develop for iOS, increasing number of console developers making the leap to mobile and ever-growing engine support for smartphone platforms is that all three factors are linked.

They've all come about because smartphones and tablets alike are deemed the future, while other platforms  arguably handheld  have, in their current form at least, a limited shelf life.

Cryek MD Avni Yerli has a simple explanation for this transition: tablets and the like are simply more useful.

Crying out for innovation

"I can see that the multifunctions that devices like tablets offer is a big advantage of them," Yerli told GamesIndustry.biz.

"And I think people want one mobile device that can do multiple things. Considering this, I think those handhelds are lacking in that area and they are losing ground, actually. I think they have to be more innovative."

Sony would argue that, owing to what is a smaller PSP userbase than was expected at launch, it's learnt such lessons during the development of PS Vita.

The firm's new handheld has been credited by critics for its efforts to tap into social gaming, while also offering support for Sony Ericsson's mobile portal PlayStation Suite.

Yet Yerli isn't convinced Vita will make ground on iPad and company. Indeed, he confirmed Crytek has no interest in working on the handheld.

"While it's a nice achievement from Sony in the first step it's not something we would take into consideration in the short term," he confirmed.