#gdce Ultima man back with a iOS focus 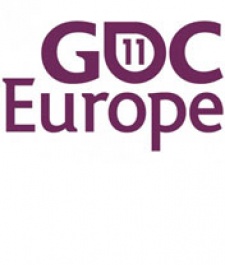 Entitled '3 Grand Eras of Game Development', he broke down this stages, pointing to the trends the industry is now experiencing.

"Almost every game I've played in the last two years has been on a phone, and I'm playing more games than I've every played before," Garriott said of the current social-mobile era.

His new company Portalarium is working in this area, too.

Get in, go big

The reasons for the success of the sector Garriott argued is the ease of getting into games in terms of time and cost, and the fact that people are playing with their existing real world friends.

"There are hundreds of millions people playing some of these games, and as many women as men are playing," he said.

Talking to the criticisms of hardcore players of social-mobile, Garriott said graphics and gameplay are developing fast.

"Get involved or get left behind," he said to developers. "Players are evolving fast in terms of the quality of games and the depth of gameplay they want to experience."

"There is a brief window to build new companies in the social-mobile space, but it's closing quickly."

In terms of Portalarium's activity, Garriott pointed to understanding and using the social graph as being the key to success.

"Of course, we plan to make great games. I want to reinvent role-playing once again, but to get us there, we're creating a series of products to hone our skills and evolve the market," he revealed.

"This playloop is very similar to the Ville-style of games," Garriott explained.

His ultimate goal however is to create another largescale alternative world experience.