MocoSpace doubles down adding $1 million to its HTML5 game fund 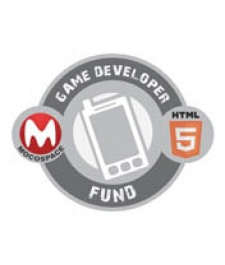 August 18th, 2011 - 05:00pm
By Jon Jordan, Contributing Editor
US mobile games, music and entertainment portal MocoSpace had already dropped $1 million of its own cash into a fund encouraging developers to make mobile HTML5 games for its platform, and now it's doubled down - again using revenue it's already generated.

The reason given is to make sure developers will be ready for Facebook's HTML5 initiative Project Spartan, which is expected to be publicly rolled out in the autumn. Selected developers will receive cash and marketing support to develop and promote their titles on the MocoSpace Games Platform.

"People want to be able to play games with their friends, no matter what kind of device they have. The best way to make a great cross-platform social gaming experience is to build with HTML5," said MocoSpace's CEO Justin Siegel.

"This is what Facebook is realising - and we can't wait to see what Project Spartan is going to offer consumers and developers."

To-date, games supported by the fund include New Game Town's Happy Farm and Cage Fighter, Upgraded Studios' In the Club and Celander's Goosy Avatar. All the games on MocoSpace are free-to-play, social and browser-based, and the portal has 22 million users.

Indeed, the company has demonstated its enthusiasm by releasing two internally developed projects, Street Wars and Stage Hero, which have a combined total of over 700,000 monthly active users, average session times of over four minutes, and players averaging nearly two and a half sessions per day.

Developers interested in the fund are invited to submit existing games and proposals to games AT corp.mocospace.com.