Foss Patents lists the 19 ongoing lawsuits between Apple and Samsung 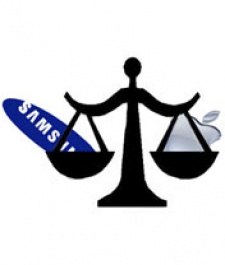 He's tracked down what he believes are all the ongoing cases between Samsung and Apple.

He reckons there are 19 lawsuits in 12 courts in nine countries - US, Australia, South Korea, Japan, the Netherlands, Italy, France, the UK, and Germany - on four continents.

It seems Apple is suing Samsung in 10 cases, and Samsung is suing Apple in nine cases.

As he points out however, "in some jurisdictions, such as Germany ... lawsuits over more than one patent are frequently split up into separate lawsuits. In that case, the actual number of lawsuits may already be higher".

The cases revolve around Apple's initial claims that Samsung, which is a key component supplier for the iPhone and iPad devices, has copied its designs in its Android-based devices such as the Galaxy S smartphones and Galaxy Tab and 10.1 tablets. Samsung has since counter-sued.

Of course, there are plenty of other lawsuits ongoing. Last week HTC sued Apple over patent infringement, while Apple is suing Amazon, Microsoft and Google, amongst others, over the usage of the term 'app store'.