Tells devs to make their own app-specific tracking IDs 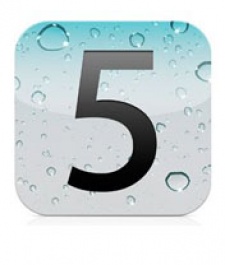 August 22nd, 2011 - 12:51pm
By Jon Jordan, Contributing Editor
In what appears to be a typically disruptive move from Apple, the unique device identifier (UDID) will be removed from iOS 5.

As detailed in the documentation of the most recent iOS 5 beta (revealed by TechCrunch), the 40-digit sequence of letters and numbers, which is used by ad networks and analytics companies to track iOS users and their activity, will be deprecated.

Presumably, it will remain available in older versions of the OS.

Apple has always advised companies not to use the UDID to track users, and is now telling developers to create unique app specific identifiers. Obviously, this will be much more difficult to do, and will provide more fragmented data.

Significantly, Apple hasn't provided any information about how it will track users for its iAd network, but the thinking is the move to iCloud will enable it to track users in this manner. The move will also make Apple services such as Game Center more powerful.

Companies expected to be heavily hit by the change include Tapjoy and Flurry, both of which had their revenue hit by a similar Apple move in April, when it started to ban incentivised downloads.

Flurry, which is the defacto analytics standard for iOS apps, is likely to be particularly affected. It previously fell foul of Apple when it revealed it was tracking iPad UDIDs prior to the tablet's announcement in early 2010; something at the time Steve Jobs said 'violated every privacy policy we have with our developers'.

Another example of Apple changing the rules in a less than transparent manner concerned the confusion over iOS 4, by which Apple tried to stop Flash games coming to the App Store, but which technically seemed to ban other development tools including Unity, as well as all advertising services.