Most games sitting below 5,000 installs 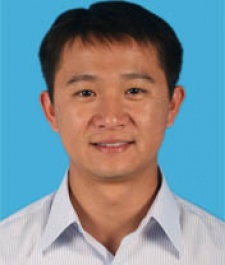 August 24th, 2011 - 03:04pm
By Keith Andrew
PapayaMobile's decision to release a statement focusing on the performance of rival Mobage is as curious as it is revealing.

Published as part of its revelation that its own network's userbase has surpassed 25 million users, head of developer relations Paul Chen said the English speaking version of the platform  which launched on July 27  is yet to pass 50,000 installs.

What's more, most of the 25 games available on the network have amassed fewer than 5,000 installs.

Top dog, according to PapayaMobile's sweep of Android Market figures, is the Mobage version of Pocket Frogs, which sits somewhere between 10,000 to 50,000 installs to date.

"As you can see, there is little market traction for these apps four weeks after launch," Chen alleges in the release.

"This is especially surprising considering the original versions of these titles were huge hits with millions of downloads on either iOS and/or Android.

"Much of the reason for the initial lack of traffic to the Mobage network stems from the fact that, in order to play a Mobage game, you not only have to download the game, but also the Mobage SNS application.

"This is creating a significant barrier to adoption for the Mobage platform as users do not wish to download two applications to play one game."

Chen, naturally, wishes to present PapayaMobile on Android as the better solution for developers and consumer alike, pointing out that "games do not require a second download of a SNS application - the social network is embedded into the game."

Interestingly, Chen also claims Papaya's decision to pull out of games publishing is a benefit to developers using the PapayaMobile platform.

He states rivals such as DeNA and Gree will discover their decision to push out their own games will create a "conflict of interest" with developers on their networks in the long term.

"Papaya fundamentally believes there is a conflict of interest when an owner of a social network also publishes games on that network," he concludes.