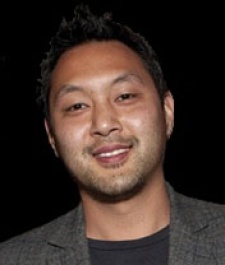 September 1st, 2011 - 04:55pm
By Jon Jordan, Contributing Editor
Making games is never easy, but when it comes to mobile games, marketing and promotion is an area publishers and developers should be spending equal time and effort on.

Good thing there are plenty of service providers springing up to help out.

Saying that though, US outfit PlayHaven has been around since March 2010. It started off as an online community and discovery channel for iOS games, but it's just revealed something a little more focused - its real-time mobile game marketing platform, which is now available for iOS.

Using HTML5 to provide a live service, it relies on dynamic overlays that developers can tweak in terms of format and content in real-time to change the adverts running in their games, as well as in-app promotions, news and announcements, and other monetisation options.

"At the moment, developers try to use burst marketing campaigns to drive visibility of their games and apps, but this isn't flexible enough," explains PlayHaven's CEO Andy Yang.

"Every game is different based on its business model and its audience. We're providing a real-time marketing platform which enables developers to take back control of their business."

To gain access to the tech, developers need to integrate the open source SDK into their apps, or alternatively there are web-based APIs to hook up. Obviously, in both cases, the system will only work if a device is connected.

Access into how the system operates is provided by a web-based dashboard handling publishing and analytics, which can also be accessed via your iPad, should you want to tweak things on the move.

One example of how the system improves the current situation is setting up in-game seasonal themes, say for special virtual currency promotions and the like.

Typically, these would have to have been submitted to the App Store weeks before key holidays such as Christmas and Easter as an app update. Additionally, they'll remain in-game until the next update.

Using PlayHaven however, everything can be changed on the fly. Yang says this provides crucial flexibility, even in terms of prosaic business issues such as cashflow.

"If it's coming to the end of the month, or quarter, companies can switch the type of adverts they're using say, from cross-promoting their own games to ones that will generate revenue," he points out.

It doesn't have to be about cash though.

"You can also do things such as auto-detect what version of your game people are using, and encourage them to update with virtual currency offers," Yang explains of its retention potential.

All you ever wanted

Either way, the bottomline is developers can chop and change as they desire, experimenting with selling installs for big publishers such as Zynga, Storm8 and Pocket Gems, cross promoting their own catalog of games, or driving engagement with specific titles, or all of the above at different times.

"We provide the platform for developers to do what they want, when they want," Yang says.

"We've torn down the wall between game developer and gamer and will continue to aggressively provide new ways to help our customers better engage and monetise their players."

Freemium outfit Glu Mobile - which is always on the look out for new monetisation and engagements methods - is also signed up to run the system across its 16.5 million monthly active users in titles such as Gun Bros. and Contract Killer.

You can find out more about PlayHaven, which claims a reach of 36 million unique users driving 180 million monthly game sessions, and its platform via its website.