September 2nd, 2011 - 11:40am
By Keith Andrew
If OpenFeint has ambitions on becoming the Facebook of mobile gaming, features like GameFeed are a good place to start.

In the firm's own words, GameFeed  which has just come out of beta testing on iOS and Android - "improves player engagement by elevating social activity from the OpenFeint network in games".

In other words, it acts a bit like a live status update bar, alerting you to the activities and achievements of your friends.

It's no token addition for games that jump on board, however.

OpenFeint numbers show 24 games that employed GameFeed during its beta saw sessions per user increase by 25 percent. Some saw an even more dramatic increase of 60 percent.

"OpenFeint is committed to delivering a next generation social network with features that will help free-to-play games improve lifetime value," said CEO and founder Jason Citron.

"Sessions per user is a key engagement component of lifetime value and GameFeed significantly increases engagement at no additional cost to developers." 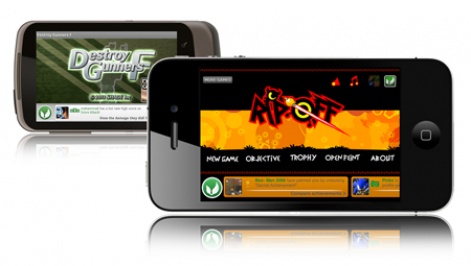